We found 4 items for the tag: SONY 4K 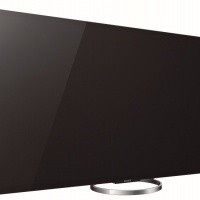 Sony announce pricing for two of their 4K displays.