We found 5 items for the tag: SOLITAIRE

NEWS
Microsoft Solitaire Collection on its way to mobile

Solitaire and video ads? Yeah, pay $10 to remove them from Windows 10, thanks.

Apple may be developing a stylus pen for their rumored upcoming iPad Pro. 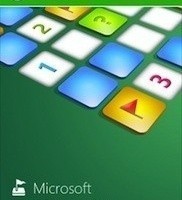