We found 13 items for the tag: SOFTBANK

NEWS
This $1790 humanoid robot keeps getting fired from jobs

SoftBank's first humanoid robot gets fired because people 'expect the intelligence of a human' -- we're years away from robots.

Hyundai Motor Group is now in the business of making robotic dogs with its majority acquisition of SoftBank's Boston Dynamics.

NVIDIA announces a 'definitive agreement' to acquire Arm Limited from SBG and SoftBank Vision Fund in a deal worth $40 billion.

NVIDIA couldn't get the x86 license from Intel, so the best dish to serve is revenge: acquire competitor ARM for over $32 billion.

Sprint and T-Mobile are now longer mergering, and cancel their plans for a joint union.

It didn't take long for all the Pepper humanoid robots to sell out.

SoftBank will begin selling its Pepper humanoid robot in Japan on Saturday. 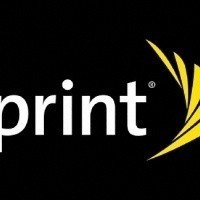 NEWS
Sprint to acquire 100 percent stake in Clearwire for $2.2 billion