We found 7 items for the tag: SKY

A man that was just driving his family in Jersey managed to capture an incredible video of a meteor streaking across the sky.

Scientists have captured a phenomenon that has been known about since 1989, and it appears to look like a giant red jellyfish.

The next Supermoon will appear on December 14th, and will wipe out the view of the Geminid meteor shower.

NEWS
Closest Supermoon in 68 years rocks the sky this month

The full Moon won't come this close to Earth again until November 25, 2034.

Who hasn't dreamed about being able to fly? Thanks to advancements in tech, you can soar through the sky courtesy of an RC aircraft with FPV installed. 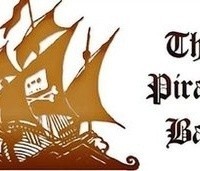 UK courts rule that British ISPs have to block access to The Pirate Bay.