We found 13 items for the tag: SIXENSE

AVADirect and Sixense are giving away a kick ass VR gaming PC and STEM system.

NEWS
Sixense demo STEM at CES 2015 and blow our minds

Sixense is going to change the world with STEM, with its technology capable of reaching out further than just advancing the world of gaming.

Sixense shows off an incredible VR shooting gallery demo, showing off the abilities of its STEM System.

BLOGS
CES 2014 - The highlights as captured by Charles + Booth Babes!

I recap my CES 2014 experience, and include some booth babe photos to sweeten the deal!

Sixense says that their STEM system will support Raspberry Pi, and possibly other development platforms! 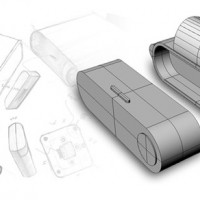 Motion controllers the next big thing in gaming.