We found 7 items for the tag: SIX

Twitter just released a child-friendly version of Vine - featuring only fun videos pushed by Vine themselves and no recording option.

NEWS
The A200 speaker provides 33-feet of listening distance

The new Rapoo A200 speaker is built for outdoor use and can be heard up to 33-feet away.

Patriot brings their case-charging technology to the iPhone 6, ticking another supported device off their list.

NEWS
The Year-in-Review feature by Facebook is under fire

Facebook's Year-in-Review is nice for some, but for those with a recent tragedy it's a painful reminder. 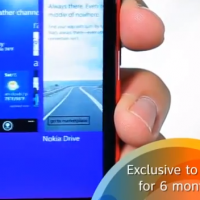 Nokia Lumia 920 to be exclusive to AT&T for six months, after which it will likely come to others.