We found 36 items for the tag: SILENT

Calyos calls its NSG-S0 the world's first fanless chassis for high performing PCs. Is it any good? Let's find out.

NEWS
Be Quiet! launches its Silent Base 600 chassis with insulation

Are you one of those folks that just loves silent computing? Thermaltake's brand new Suppressor F51 mid-tower case is probably for you.

Fractal Design has announced a new range of fans - The Dynamic Series and Silent Series R3.

Antec announce their P380 chassis - set as a refresh and upgrade of their famous P180 model. 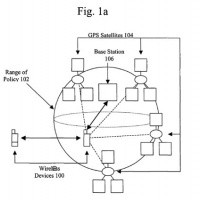 NEWS
Apple patent gets approved, would see your iPhone get neutered in a theater - no more texting during a movie

Apple on the patent hunt once more, this time they're awarded patent for geo-fencing profile, would

Want an HTPC that is sleek, silent and pretty much plug and play? Then we suggest you look at what the ARCTIC MC001-BD offers.

Kingwin's new fanless PSU proves to be silent, but deadly with the Stryker 500W.

They say silence is golden, but can Nexus Technology's SM-9000 mouse be golden also?

While the GTS 450 might be an old model, ASUS has recently breathed some life back into it with a new version under the Direct CU Silent name.

Titan has had great success with the Fenrir series of coolers and now brings us the latest version in the Hati.

Another EVOlution of Titan's well regarded Fenrir CPU cooler line-up has taken place and right from the get go it has peaked interest with its eye catching colour scheme.

SilenX's iXtrema EFFIZIO EFZ-120HA4 Extreme Silent CPU Cooler is quite a mouthful. Let's see if it's a name to remember!

Thermaltake takes the basic idea of the Frio and goes green with it. Not only green in color, but also green to the environment and your ears.

Looking for silence? Cooler Master has a solution with the Sileo 500 mid tower chassis that is sure to please.

Silence is a must for some desktop users. Lian Li offers the PC-B70 which intends to aid in this endeavour.