We found 11 items for the tag: SCAM

The Puerto Rico government was just scammed more than $2.6 million dollars through an email.

Users are connecting with hashtag #FacebookLockout as they are locked out of their accounts after reporting scam or fake profiles.

Bunnings has been targetted by a large scale Facebook scam with participants being promised a $2,000 AU hardware store voucher.

Google Adsense has fallen prey to a spate of malicious ads in the last month, and cybercriminals are to blame.

Bank of America Merrill Lynch customers are being targeted with a custom phishing attacks.

Microsoft warns Internet users of a continued scam, with criminals calling PC users and offering to "clean up their PCs," but for a very hefty fee.

Healthcare professionals in at least 10 states and Puerto Rico have reported tax scams, and it's possible there are even more victims. 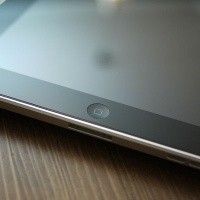 Women purchases iPad at Walmart, receives stack of notepads inside the box instead.