We found 11 items for the tag: SATA EXPRESS

GIGABYTE has a plethora of Intel Z170 Chipset, H170 Chipset and B150 Chipset models on offer.

Steven tells us about the ASUS X99-PRO motherboard based on Intel's X99 chipset. Is he happy with the board quality and performance? 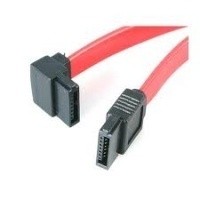 SATA Express will be capable of 16Gb/sec.