We found 56 items for the tag: SANDY BRIDGE-E

AMD's upcoming Threadripper 3000 starts to break ground and show up online, but 3960X seems like a weird naming choice.

We're checking out the new Core i7 3970X EE from Intel. The only thing probably more insane than its performance is its price tag. Intel's top-dog is in the house! 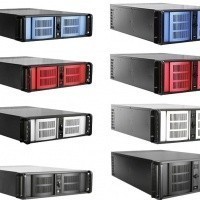 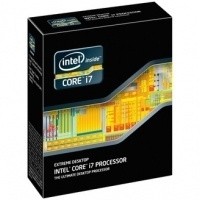 RumorTT: Intel planning to release a new flagship LGA2011 processor in Q4 of 2012.

While not a name you expect to hear in the RAM arena, we look at a kit of memory from the folks over at VisionTek.

We check out a high-speed 32GB kit from G.Skill that could be perfect for X79 users looking for a large amount of fast RAM. 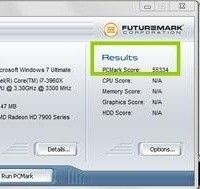 We find another HD 6970 lying around and throw it into the fray. How's 4-Way CrossFireX traveling these days?

Don't want to spend Extreme Edition money, but want to get in on Sandy Bridge-E? Maybe the i7 3930K is your weapon of choice.

We start to work our way through X79 boards and the next one on the chopping block is the MSI X79A-GD65.

The first motherboard to go through the Sandy-E gauntlet comes from ASUS and is the Rampage IV Extreme we've been using for our launch coverage.

The much anticipated replacement to the X58 platform is here. We look at the 3960X EE and the associated X79 chipset!

MSI tease even more X79 motherboards, can we handle anymore?

We complete the puzzle that is the ASUS X79 lineup with the Sabertooth X79. Let's see what it's all about in our latest preview!

NEWS
G.Skill RipjawsZ ready to tear it up on X79

Another X79 kit shows up and this one is part of the new RipjawsZ series. What can we expect from G.

Does away with the unnecessary bloat, while providing a killer power arrangement.

ASRock lays down some cover fire, shoots off with four X79 chipset motherboards.

ASUS unleash the fury and get into a Rampage with the soon to come X79 chipset. Let's preview the Rampage IV Extreme!