We found 28 items for the tag: SAMSUNG GALAXY S5

Samsung warns that its Q1 2015 results won't be good, with profits being lower than expected.

After seeing a decline in sales, Samsung shuts the doors of its flagship store in London.

Google's Android 5.0 Lollipop update is rolling out to the Samsung Galaxy S5, in Poland at least.

Samsung S5 sales have missed their mark, except for in the United States.

ASK THE EXPERTS
Which smartphone should I buy? Sony Xperia Z2, LG G3 or Galaxy S5?

Akshay wants to buy a new smartphone, but wants some help deciding between Samsung, LG and Sony's latest handsets.

In Samsung's latest ad for the Galaxy S5, it takes a swipe at the iPhone battery life, calling iPhone users 'wall huggers'

The premium Galaxy S5 has been spotted, will be known as the Galaxy F.

In five of Samsung's Galaxy Studio locations in the US, the company is trialing a new try before you buy program for its Galaxy devices.

Samsung has reportedly beaten Apple with flagship smartphones sales - the battle between the iPhone 5S and Galaxy S5 begin.

NEWS
Samsung drops the price of the Galaxy S5 in India

Barely on the market, but Samsung is already cutting the price of the Galaxy S5 in the world's third largest smartphone market.

Samsung aims high with its new Galaxy S5, where it hopes to ship a massive 35 million units before the end of Q2 2014.

The Galaxy S5 is now available, have you run out and picked one up yet?

NEWS
Someone smashes a Galaxy S5 on camera, battery explodes in his face

What happens when you smash a Galaxy S5 with a hammer? Well, for this guy, the battery explodes in your face.

Though Samsung said that it has multiple sources for S5's PCB, it wasn't clear if it would affect Company's plans to release its upcoming flagship.

Samsung doesn't make much of a deal over its eight-core variant of the Galaxy S5.

We get some hands-on time with the just-announced Galaxy S5 at Mobile World Congress 2014.

NEWS
Samsung teases its Galaxy S5 will be wet, fit and alive

Days before MWC 2014, Samsung teases that its Galaxy S5 will be wet, fit, outdoor and alive.

Samsung will hopefully unveil its new Galaxy S5 smartphone at MWC 2014 this month.

NEWS
Samsung confirms its working on a 2560x1440 panel for smartphones

Samsung is working on a QHD display, possible display for the Galaxy S5?

NEWS
Samsung to release the Galaxy S5 in April, will feature iris scanner

Samsung to reportedly use LTPS LCD display made by Sharp for its Galaxy S5, not its own AMOLED tech.

NEWS
Samsung teases 'Just for you' video, is this the Galaxy S5?

Did Samsung just tease the Galaxy S5 smartphone in its latest 'Just for you' video?

This Galaxy S5 concept art is gorgeous, unfortunately the S5 won't look anywhere near as good as this. 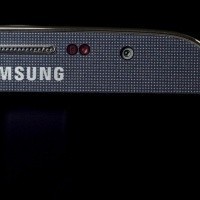 RumorTT: Samsung to move away from plastic on the Galaxy S5, would use aluminum or magnesium. 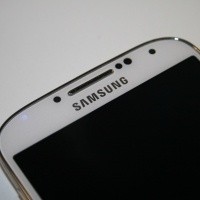 NEWS
The first details on the Galaxy S5 emerge, arrives in 2014

The first details on Samsung's flagship smartphone for 2014 emerge, get ready for the Galaxy S5.