We found 9 items for the tag: SAMSUNG EXYNOS

Samsung reportedly forming 'Joint Task Force' to make a NEW chipset that would beat Apple and its A-series SoC by 2025 (or so).

Expect the new SoC to dominate in AI and 5G.

Samsung starts biting at Qualcomm with its next-gen Exynos 9810 processor. 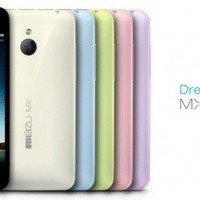 Meizu MX Quad-core is nearly upon us, is powered by Cortex-A9-based 32nm HKMG quad-core Samsung Exyn.