We found 14 items for the tag: RED PLANET

NASA has announced when the launch window for the Mars 2020 rover will be, and started a livestream so everyone can join in.

NASA has delayed the launch of the next Mars rover Perseverance, here's the new launch date.

NEWS
Mars, the Red Planet has a green glow around its outside, here's why

Astronomers have spotted a green glow around the outside of Mars, and here's why it's happening.

NASA's Curiosity Rover has snapped an awesome selfie after some rare science work.

Today marks the seventh year NASA's 'Curiosity' rover has been on Mars revealing its secrets.

NEWS
Mars' lander fate is unclear, but signs are not good

Paolo Ferri, ESA's head of operations said it is too soon to jump to conclusions but 'it's clear that these are not good signs'

Seems like only a matter of time before man heads to Mars.

Buzz Aldrin has a plan for manned missions to Mars.

NEWS
Elon Musk would like the chance to retire on Mars, biographer says

Trying to launch a manned mission to Mars has a lot of obstacles, including the spacesuits humans would need.

NEWS
India is on its way to Mars, would be the fourth to the red planet

India could be the fourth country to reach Mars with its Mars Orbiter Mission. 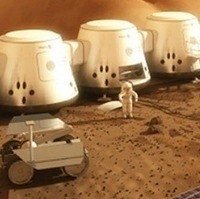 NEWS
New reality show to be based on Mars, $6 billion cost to establish permanent colony by 2023, Snooki will be too old by then

A Dutch company wants to establish a permanent colony on Mars by 2023, Mars-based reality show to ha.