We found 5 items for the tag: REBOOT

IPhone 6 Plus TLC NAND is tested, and results may point to compression algorithms and system memory used for flash management on TLC models. 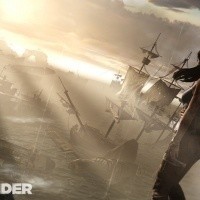 NEWS
New Tomb Raider game has been delayed until next year

Square Enix and Crystal Dynamics' Tomb Raider has been delayed until 2013.