We found 9 items for the tag: READYNAS

NETGEAR's 626X packs Xeon and 10Gbps processing and networking power in a six-bay NAS platform. Let's check it out.

Netgear's ReadyNAS 214 four-bay consumer NAS goes under the microscope as we test its performance and features to see if it's worth buying or not.

Netgear ships more NAS products than any other company in the world. The 516 model is a business class NAS capable of high concurrent connections.

Netgear claims that its new ReadyNAS 716 is capable of streaming several 4K videos at once, and is the "fastest NAS in the world." 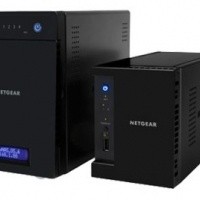