We found 12 items for the tag: RAVEN 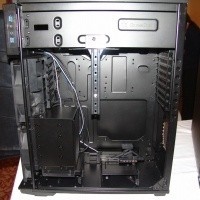 Silverstone's CES 2013 bag of tricks gets us excited for some cases!

The Raven gets redone, this time in its third incarnation. SilverStone have dropped off a SST-RV03B-W for us to have a look at!

We've looked at the original twist on chassis' with the RV01. This time we get to look at the RV02 chassis and see what is different this time round.

Thinking outside the box while designing the inside of one leads to a new "twist" in case design with SilverStone's stealth inspired RAVEN chassis.