We found 33 items for the tag: RACING

ASK THE EXPERTS
What gaming PC specs should I consider for a Sim Racing build?

Ask the Experts: Fernando is building a new gaming PC for Sim Racing (iRacing and RFactor) and wants to know what parts to buy.

Forza Horizon 3 returns, this time in Australia. Does the Land Down Under make it unique enough to warrant another spin? Let's see.

Vector 36, a physics-based racing game, has joined the ranks of nearly 1700 games that are compatible with SteamOS.

Vector Unit just announced their next-generation version of Riptide GP: Renegade, which has a rebuilt engine and better mechanics.

NEWS
Driveclub development to continue despite closure of Evolution Studios

The future of Driveclub is relatively secure at the moment. A tweet confirmed that development won't cease and that it'll live on through a Sony crew.

DiRT Rally gets a new exciting player-contributed trailer that shows us why it's the best damn rally racing game ever made.

NEWS
Arctic tries its hand at gaming headsets, looks like a Razer ripoff

Moving away from power banks, Arctic announces gaming headset series and they're looking a little 'Razer'

NEWS
Rocket League's second season kicks off with a bang

Today marks the first full day of Season Two of the competitive matchmaking in Rocket League. Big changes have come with a new patch in tow.

The newest update to DriveClub is arriving tomorrow and it brings a new hardcore mode letting you turn off all driving assist features.

Trackmania Turbo finally has a concrete release date, coming to us on March 24th 2016.

NEWS
Need for Speed is getting more social next week

Ghost Games' upcoming update is more than skin deep, with a whole host of new multiplayer and customization options, with plenty of improvements.

PC Modders is working with some friends of a V8 Supercar Simlulator project involving a real-life car shell and head-tracking technology.

Forza Horizon was one of the best games during the Xbox 360 generation. Can its successor FH2 live up to the next-gen hype on Xbox One? Let's take a look.

Trials returns on a new generation of consoles and brings a few friends along for the ride. Hop on board and get ready for a fun, wacky ride!

A new PlayStation game that isn't on the PS4, but is still spectacular to say the least. Gran Turismo 6 lives up to the series history. 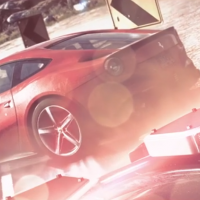 EA announces Need for Speed Rivals for Xbox One and PlayStation 4.

Can an offshoot game be better than the original series? It could well be we think. 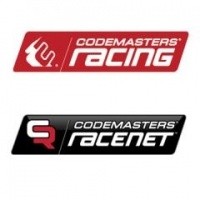 Codemasters is leaving the action genre to focus on the racing genre where they excel.

Reflections returns to its roots when taking Driver for another spin. Has it paid off?

Codemasters shows it's the master of rally games yet again!

Cops return to the series that started it all. Has Criterion rescued this franchise?

Rev those engines up. The Formula 1 circus is in town on PlayStation 3. Find out what we think of this petrol burning monster.