We found 7 items for the tag: PURE STORAGE

NetApp announces a monster all-flash capable FAS8080EX for the high-end and a new entry-level FAS2500.

Pure Storage talks all flash storage arrays with Charles at its booth at Storage Visions 2014. 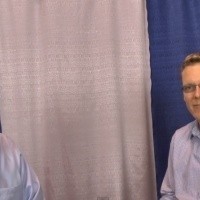 Pure Storage stopped by the TweakTown booth to talk shop, and clue us in on how its all-flash arrays work.