We found 55 items for the tag: PROJECTOR

Ask the Experts: Peter is having issues trying to carry a full 4K signal from his satellite TV to my projector via a Yamaha RXV581 A/V receiver.

Optoma intros a purpose-built gaming projector to its lineup with the GT1080HDR, and we spend some time checking it out.

VAVA undercuts the competition with its own 4K UST Projector.

This boombox and projector all-in-one can last 8 hours on battery and connects to Chromecast.

LG's new Minibeam LED projector can run off your smartphone and play without wall-supplied power for two hours.

The first projector Anthony has for review is the mid-range ViewSonic PJD5255 100Hz XGA DLP LightStream Projector. Here's his take on it.

NEWS
Cicret Smart Bracelet brings a tablet to your skin

Cicret wants to project the smartphone/tablet experience right onto your arm, and from the video the possibilities are awesome!

Casio projector has a light source good for thousands and thousands of hours and needs little space for a big image.

NEC unveils two new short throw projectors with all the brightness you need for a high quality image. 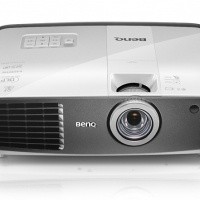 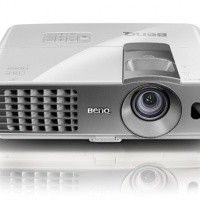 ASK THE EXPERTS
Should I buy a gaming notebook, or desktop to plug up to my Full HD projector setup?

I want to upgrade, and need to decide between an Alienware gaming notebook, or desktop PC, it's bein.

Epson projector is bright and cheap.

Short throw is perfect for a small room.

New projectors have lots of brightness and nice prices.

Lots easier than lugging a projector and a laptop.

New projectors will ship in April.

We check out a 3D Projector from ViewSonic today. Don't expect it to go in your new home theatre room, though.

Coming to the Singapore market on July 17th.

PRESS RELEASE
Epson Announces an Ultra-Bright Projector for Under $1,000