We found 9 items for the tag: PRISON

Co-creator of the BlackShades malware pleads guilty, and faces up to 10 years in prison.

A South Carolina man has wound up with 37 years in solitary confinement for writing 38 posts on Facebook whilst incarcerated.

A federal judge in Atlanta sentenced a hacker to 11 years in prison for his role in stealing $9.4 million. 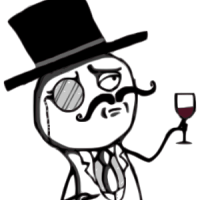 Another LulzSec member has been arrested for hacking. He faces up to 15 years in prison, if convicte.