NEWS
Wolfenstein 2, Evil Within 2 and Prey 2 reveals rumored for E3

Bethesda's entire E3 lineup might have been leaked ahead of schedule, with Wolfenstein 2, The Evil Within 2 and Prey 2 reveals rumored for the show. 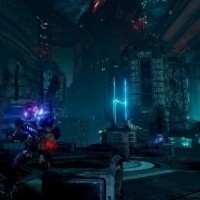 NEWS
RumorTT: Prey 2 being worked on at Arkane Studios in Austin

RumorTT: The developers of Dishonored are working on a Prey sequel.

NEWS
The rumors of Prey 2's demise have been greatly exaggerated

The rumors of Prey 2 being canceled have been greatly exaggerated. Prey 2 just won't hit shelves thi.