We found 3 items for the tag: POWERPOINT 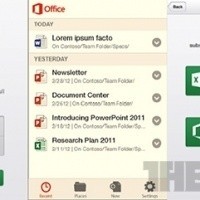 Office apps will be coming to iOS and Android in March 2013, according to leaked screenshots.

Business customers will get it early May.