We found 10 items for the tag: POOL

A Kentucky man blasts an $1,800 drone out of the air with a shotgun as he claims it was spying on his teenage daughter.

Sweeden takes the top two spots in yet another CS:GO tournament - taking a fair share of the $250,000 prize pool with them.

NEWS
The CS:GO ESL One Katowice teams are confirmed, including one surprise

The 16 final teams for the CS:GO ESL One Katowice main tournament have been decided - including one major underdog. 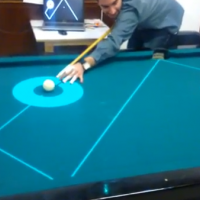 Students create a system to predict where the cue ball will go when playing billiards.