We found 8 items for the tag: PLANS

A man has been stopped before getting on a plane with a weird gun-shaped object. 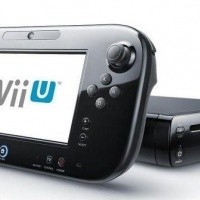 The WiiU will see 23 games available for purchase on launch day, November 18.

NEWS
Apple has filed their plans for a 500,000 square-foot Oregon datacenter

Apple files plans for Oregon-based datacenter, could be 500,000 square-foot.

Tomorrow is the day Apple explain what they're going to do with their cash reserves of $100 billion.

With not surprisingly larger data allowance than Telstra.