We found 5 items for the tag: PLANES

A world-first attempt at a plane swapping stunt sponsored by Red Bull was unsuccessful, with no injuries except one crashed plane.

A Reddit user aboard a Red Eye has posted a video that has now gone viral as it shows '10-16 light balls' hovering in the sky. 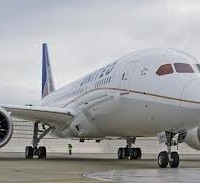 FAA grounds all Boeing 787s after a second battery-related fire breaks out.