We found 8 items for the tag: PIRATES

Sea of Thieves has had its end-game activities detailed, a Pirate Cove for Pirate Legends will be available.

S7 of Game of Thrones has been pirated over 1 BILLION times.

NEWS
The 'Pirates of the Caribbean' are back in new trailer

It seems everyone's trying to track down Captain Jack.

A group of pirates have managed to start hacking into shipping companies to steal schedule and shipping manifests to increase their efficiency.

Cylone Marcia heads for the Gold Coast, with 285 km/h winds.

NEWS
'Pirates of the Carribbean' sequel to film in Australia

Johnny Depp expected to spend a number of months on the Gold Coast. Ladies - you know what to do. 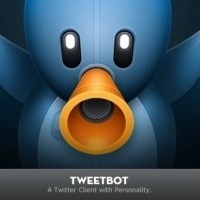 Tweetbot engages in battle with pirates by injecting embarrassing tweet to user accounts.