We found 23 items for the tag: PIONEER

Researchers have used a quantum gravity gradiometer to detect a tunnel buried one meter underground in real-world conditions.

NEWS
Why are Bill Gates and Jeff Bezos paying millions for specific metals?

Billionaires such as Bill Gates and Jeff Bezos are paying millions to companies that are searching for these specific metals.

Titanfall dev Respawn is making a new IP and it sounds a lot like an online-driven live service game with never-ending gamepl.

The original billion-dollar battle royale sensation is now available for free on Stadia.

NEWS
Venus had an 'Earth-like' climate, possible life for billions of years

Venus once had an 'Earth-like climate, suggesting that life on the now baron planet could of existed billions of years ago.

NEWS
The Matrix returning to cinemas with Dolby Atmos and Vision

Follow the white rabbit to AMC's Dolby Cinemas across the US with The Matrix.

Fallout 76 will get bigger and better in 2019, Bethesda promises.

NEWS
The Matrix launches on 4K Blu-ray on May 22

Pioneer teases 4K-capable Blu-ray players are on their way for the PC.

Pioneer NEX multimedia car receivers from 2014 will get a firmware update that adds support for Apple CarPlay.

Pioneer Electronics might be better known for its car and home audio, but has a shiny cycling power meter 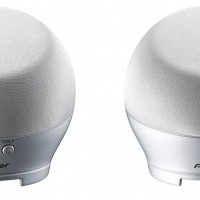 For the last five years we've banged the NAS drum for their DLNA capabilities. Today we look at DLNA from the other end of the spectrum.

NEWS
Plasma going the way of the BetaMax