Payday 2 will get new free and paid content as devs ramp up for Payday 3.

The Nintendo Switch port of Payday 2 can barely maintain 30FPS.

The Nintendo Switch isn't getting the latest version of Payday 2...in fact it's kinda old.

PAYDAY 2 has just hit its 21st DLC. This one features dynamite greanades and more all set in the Wild West.

Overkill Software says Payday 2: Crimewave Edition will be released for the Xbox One and PlayStation 4 in June. 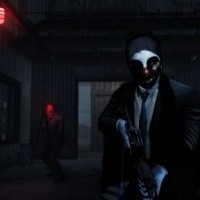 Payday 2 makes a profit before it even launches.