We found 15 items for the tag: PARROT

NEWS
Netflix's 'The Witcher' is still the no.1 series in the entire world

Even through the transition into 2020, Netflix's The Witcher still remains the most in-demand TV show globally.

The Parrot Mambo FPV allows you to fly in an innovative way with first-person view.

LG unveils the new Rolling Ball, is a robot that'll keep an eye on your house.

Parrot's new Bebop drone has lots of sensors, GPS, and a built-in camera. It can also be used with the Oculus Rift VR headset to control the camera. 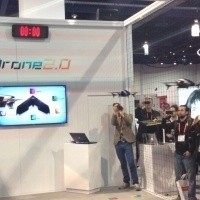 Parrot AirDrone 2 dances to music in Vegas, you have to see this.

Not much new to see at the first big event.