Scott Shadley from Micron stopped by to discuss their latest SSD products.

With its superb performance and unbelievable endurance, Micron continues its assault on the enterprise SSD space with the Micron P320h. This SLC-driven beast features 50PB of endurance and the highest... 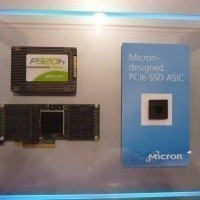