We found 8 items for the tag: ORBIT

NEWS
Planets in our solar system orbit on the same plane, but why?

If you have ever looked at a model of our solar system, you may have noticed that all of the planets orbit on the same plane.

Passengers onboard the SpaceX's Dragon capsule will have an absolutely incredible view when they need to relieve themselves.

SpaceX will take four civilians to space as a part of its Inspiration4 mission that is very close to launch. Launch in -1 hour.

Netflix will be streaming SpaceX's upcoming Inspiration4 launch that is scheduled for later this week. Check it out here.

Investments have been made into Orbit Fab's 'Gas Stations in Space' refueling technology, paving the way for brand new industries.

SpaceX will be transporting a Kings of Leon NFT into space aboard its Inspiration4 mission that is scheduled to launch soon.

NASA has selected Rocket Lab to launch CAPSTONE that will relay information back about the Moon's cislunar orbit. 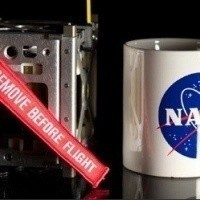