We found 16 items for the tag: ORANGE

NEWS
Be Quiet! launches its stunning Silent Base 800 windowed edition

Be Quiet! unleashes the windowed version of its Silent Base 800 chassis, ingenious features show attention to detail as always.

ASTRO Gaming releases new A40 headset with MixAmp M80 for Xbox One gamers - plug directly into your controller and game away.

Corsair has announced the Dominator Platinum Orange Edition RAM - to be paired with the GIGABYTE GA-X99-SOC Force motherboard.

Malaysia joins the US in officially recognizing eSports as a sport.

Another Parvum case has been used, once again, to produce a stunning and striking PC build. 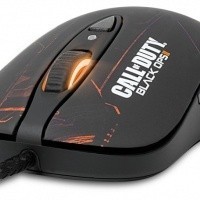 Phanteks is new to the CPU cooling game with promises of a great warranty, superior cooling and an appeal no other CPU cooler offers with the release of the PH-TC14PE.

On Paper, no word on when it will be real.