We found 8 items for the tag: OPENGL

NVIDIA updates Shadowplay with support for OpenGL and Vulkan.

NEWS
Homefront: The Revolution coming to SteamOS, after the Windows version

Homefront: The Revolution has been confirmed to be launching on OS X and Linux, though they've delayed that until after the initial release.

Vulkan is finally here and ready to take on DirectX 12, letting all platforms enjoy higher potential for better looking games that perform better.

NEWS
Valve will be talking about VR, physics engines and more at GDC 2015

Valve will have four conferences at GDC 2015, where the company will discuss physics engines, VR, OpenGL and more.

OpenGL and DirectX most likely will be following AMD Mantle API's footsteps by providing low-level access for video cards. 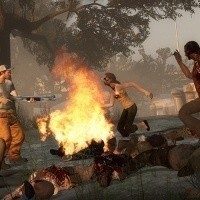 Valve ports Left 4 Dead 2 to Linux and finds that it performs better than the Windows version.