We found 4 items for the tag: OMEGA

The DeLorean Motor Company has revealed two new vehicles, showing them off in person at the Concours D'elegance, the Omega 2040 and Alpha5 Plasmatail.

Secretlab add in their special herbs and spices into the new OMEGA 2018 gaming chair, taking the throne of most-comfortable gaming chair.

Another Windows update comes in like a wrecking ball - seeing users unable to open or install applications, drivers and programs. 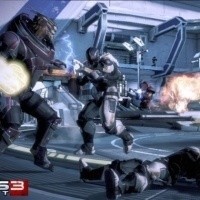