We found 7 items for the tag: NYKO

Amazon already has some early Cyber Monday deals for PC and console gaming live. Here's the best of what's on offer!

Third party docks could wreck your Switch hardware, so you should avoid them.

NEWS
Nintendo, Microsoft and Sony will be at E3 2016, along with many more

The ESA has finally published it's full list of E3 2016 exhibitors, giving us an idea of what's in store for the show.

Want more juice for your PS4 controller? Pick up a beefier battery for about $5.

Need more space on your PS4? Storage woes, begone! Nyko enables up to 6TB in a snap-on housing. 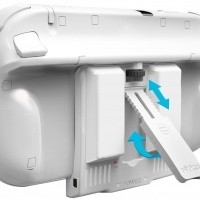 Nyko has made some power accessories available for the Wii U.