A new report from South Korea claims that the refurbished Galaxy Note7 might return to the market as early as June this year.

NEWS
Samsung working on a project to bring the Note 8

There's no doubt that the Note 8 is coming, and now a new rumor says that Samsung is working on the project under a code name Baikal.

The Note isn't dead and we will be seeing the Galaxy Note 8 later this year.

The upgrade program in South Korea will be carried out by the end of November. 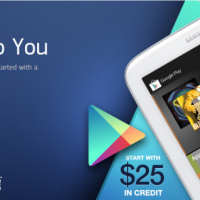