We found 9 items for the tag: NHL

Yahoo will stream free NHL games up to six days a week starting tomorrow, thanks to new partnership with the NHL.

NHL 16 from EA SPORTS will launch on September 15.

The NHL wants to provide collected game data straight to viewers, and it looks like big data could be the answer. 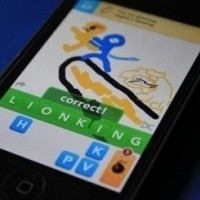 There's no denying EA dominate when it comes to delivering the best Hockey games in its NHL series. With that, we're expecting to be impressed with NHL 12.