We found 12 items for the tag: NFS

Need for Speed: Heat is the new NFS, should be an open-world game that isn't always-online.

Need for Speed Payback has the largest open world in the NFS series. 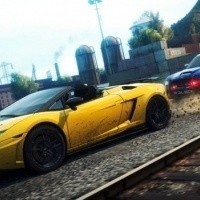 Need for Speed Rivals is further unveiled in new trailer that depicts players as both cops and racers.

Cops return to the series that started it all. Has Criterion rescued this franchise?