We found 20 items for the tag: NFL

One National Football League (NFL) team valued at nearly $4 billion may be purchased by a group of cryptocurrency enthusiasts.

Target has announced that it will stop selling all kinds of trading cards in stores across the United States from May 14 onward.

EA reminds everyone they still have exclusivity on making football sim games.

2K Games signs a deal with the NFL for more football games, but they won't be Madden-style sims.

Be sure to tune in to ESPN's Monday Night Football to view the trailer with tickets to go on sale immediately after.

NEWS
Classic NFL games on their way to YouTube

The NFL might see a HoloLens-powered experience in the future.

Apple TV fans will get a new app to enjoy from the NFL called NFL Now bringing lots of football content to the set top box. 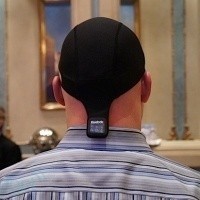 Diagnosing concussions in Athletes just got easier, CheckLight is a wearable concussion detector.