We found 6 items for the tag: NEXT-GEN NINTENDO

Nintendo NX console will be released in March 2017, according to Nintendo.

NEWS
Nintendo NX teased on the trailer to Rise: Race the Future game

Zelda NX rumored to be a launch window title for the Nintendo NX console.

Bandai Namco rumored to be working on Super Smash Bros for Nintendo NX, could be a launch title.

NEWS
Nintendo teases that it is preparing its "next hardware system"

Nintendo begins teasing its next-gen console, says it has "a clear idea" on the direction of its "next hardware" 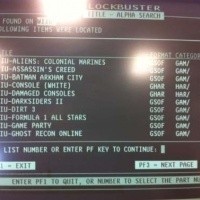 LeakedTT: Nintendo Wii U launch titles, 25 games and 2 consoles are set to arrive at launch.