We found 7 items for the tag: NEIL DEGRASSE TYSON

NEWS
Neil deGrasse Tyson reveals what Flat-Earthers fear the most

Neil deGrasse Tyson has revealed what Flat Earth conspiracy theorists fear most of all.

'Betelgeuse' is the closest star to the Sun that will end it's life in a supernova explosion.

The third season of Cosmos will be coming back in March next year.

Robots have already taken over our jobs, but Neil deGrasse Tyson says you shouldn't be worried about the future.

Cosmos: A Spacetime Odyseey, the 13-part series comes to homes in July.

Carl Sagan's Cosmos series was great, but Neil deGrasse Tyson is rebooting the TV show, which hits FOX on March 9. 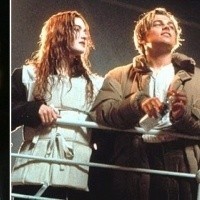