We found 9 items for the tag: MYST

Obduction, from the creators of Myst, has support for NVIDIA's new Ansel, SMP, HDR, and more.

Obduction, the new game from the creators of Myst and Riven, gets a new trailer.

The 1993 classic point-and-click adventure game is coming to the small screen soon.

Remember Myst? Well, it's being turned into a TV show, and beyond that, a 'true transmedia franchise'

NEWS
Obduction, from the makers of Myst, passes its Kickstarter goal

NEWS
Obduction, by the makers of Myst, might include Oculus Rift support

The Kickstarter-funded 'Obduction' from the makers of Myst and Riven might include Oculus Rift support as a stretch goal. 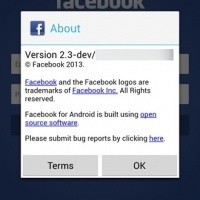 We check out the new Tahiti LE based HD 7870 from PowerColor and give you the low down.