We found 7 items for the tag: MYSQL

An Anonymous hacker has reportedly stolen and re-uploaded 17.8GB of Turkish Police data.

NEWS
Facebook teams up with other tech giants to launch WebScaleSQL

Percona will launch its new Percona Server 5.6 at 8AM tomorrow morning which will feature many of the features of MySQL enterprise edition for free. 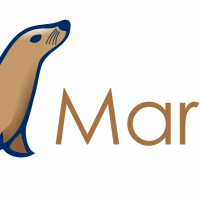 Google says goodbye to MySQL and welcomes in MariaDB with open arms.