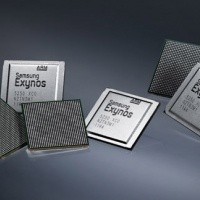 NEWS
Samsung gets all candid, admits 'we're not doing very well in the tablet market'

Samsung admits they're not doing well in the tablet market, want to push their Galaxy Note smartphon.

Nokia 808 PureView, takes the flash away from other cameras by featuring a 41-megapixel camera.

RumorTT: ARM-based version of Windows 8 won't launch until next year.

Google have flown past 300 million activated Android devices, are seeing more than 850,000 activated.