We found 25 items for the tag: MP3 PLAYER

Apple has cut prices on its iPod Touch MP3 player up to 25 percent, trying to breathe fresh air into the once-popular MP3 player.

Nokia's big launch event is tomorrow, and itsnew NFC compatible music player has leaked ahead of its unveiling. 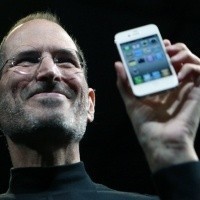 NEWS
Microsoft kill Zune, send it to the Phantom Zune

3D surround and wraparound in ear setups give a lot options.

Almost half the size of previous versions.

Multifunctional mp3 player ready for all your music and video needs.

Can the Sony TRiK do the trick for you when it comes to kicking out some tunes from your iPod / iPhone?

Creative Labs are anything but newcomers to the world of audio, but they are to TweakTown. So today, let's take a look at their latest portable device; the Zen X-Fi Style.

2 mp Camera the most obvious upgrade.

This sleek and sexy new player from Samsung makes you look cooler than before; and without becoming an Apple fanboy!