We found 8 items for the tag: MONOPOLY

NEWS
Facebook simultaneously under fire from US and German authorities

The FTC and the German Federal Cartel Office think Mark Zuckerberg is operating monopoly and they're on a mission to stop him.

Google Stadia's first crossplay-enabled game is nearly here, with The Crew 2 and Monopoly also on their way.

Skyrim version of Monopoly is available to pre-order now from Merchoid website.

New version of Monopoly will replace cash with credit cards and ATM, Chance cards and the like will be swiped.

Because the 'Battleship' movie turned out great. 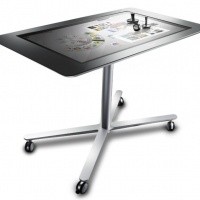 Claims FTC is rushing to file.

They want their share of the Intel Pie too.