We found 26 items for the tag: MOBILE APP

McDonald's wants to jump on the mobile app bandwagon.

The HBO Now app is the most profitable on iOS.

NEWS
Using the Pizza Hut mobile app to... ask for someone to call 911

App developers will have the chance to bring their Android and iOS apps to Windows 10, Microsoft confirms.

More people are embracing mobile banking in the United States... do you?

NEWS
Mobile app security is a threat, but companies are still confused

Companies are rushing mobile app development, and leaving themselves vulnerable to cybersecurity threats.

Stores are finding new ways to get consumers to purchase items when they are using their smartphones and tablets.

Starbucks has found a way to get people using its app, and making mobile payments.

New app from the State of Iowa allows residents to display their driver's license on smartphones.

The Chick-fil-A fast food restaurant has rolled out mobile ordering and payment app.

NEWS
Snapchat might block users from having third-party apps

Snapchat might move to block its users from installing and using third-party apps.

The Florida Fish and Wildlife Conservation (FWC) rolls out a fun and innovative program that calls on local residents, giving them a unique prize. 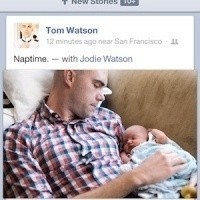 Mark Zuckerberg says that betting on HTML5 was wrong, native Android version is on its way.

Fan controllers with digital displays are all the rage, but take a look at the next evolution from BitFenix in the Recon. 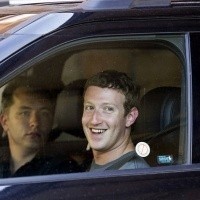 NEWS
Zuckerberg says the shift to mobile is his biggest challenge

Facebook founder, Mark Zuckerberg, says that the shift to mobile is his biggest challenge.