We found 6 items for the tag: MLB

Target has announced that it will stop selling all kinds of trading cards in stores across the United States from May 14 onward.

Apple, MLB sign deal to make iPad Pro device of choice for on-field usage, co-designed app to be distributed to all teams.

PS4 owners have had to wait a little longer, but its finally time to play ball with one of the most visually impressive baseball games in history. 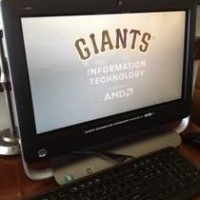