We found 5 items for the tag: MISSILE

North Korea will continue launching missile tests to keep the focus in Asia on its shoulders, angering South Korea, Japan, and the United States.

The US Navy has developed a 5-lb. missile that can be launched from a variety of targets - and is an extremely cheap solution for guided missiles. 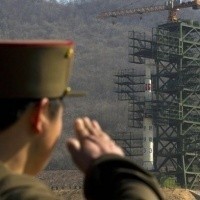