We found 17 items for the tag: MINING

Humans are polluting and destroying Earth in the mining industry, but what if that could all be solved by mining in space?

A US power plant that is more than 100 years old is being converted into a mining farm.

Sapphire kicks off its new line of crypto mining gear with a 16GB Radeon RX 570.

Monero's hashrate and difficulty has dropped dramatically, returning the power to the honest miner!

EVGA changes RMA procedures, with users needing to register an account to process an RMA.

NEWS
NVIDIA: 'we are 10x bigger than our GPU competitor'

NVIDIA says they're 10x bigger than AMD, has 'a lot more suppliers... supplying us'

A Starbucks has been caught mining Bitcoin through their free Wi-Fi access.

GUIDES
Guide to using NiceHash to Mine Cryptocurrency

Want to mine cryptocurrency using NiceHash? This guide will help you - it's easier than you think!

Cryptojacking is now a thing, with over 2500 websites mining on users' CPUs without them knowing.

A U.S. researcher has been banned following decisions to use National Science Foundation (NSF) hardware to try to mine for bitcoins.

NEWS
Want to mine bitcoins? Head to the Pacific Northwest for cheaper power

bitcoin supporters are heading to the Pacific Northwest for larger bitcoing mining operations, due to cheaper power prices in Washington state. 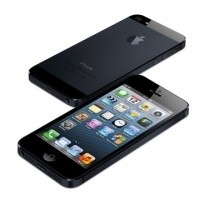 NEWS
Like your new iPhone? Better recycle the old one as REEs are running slim